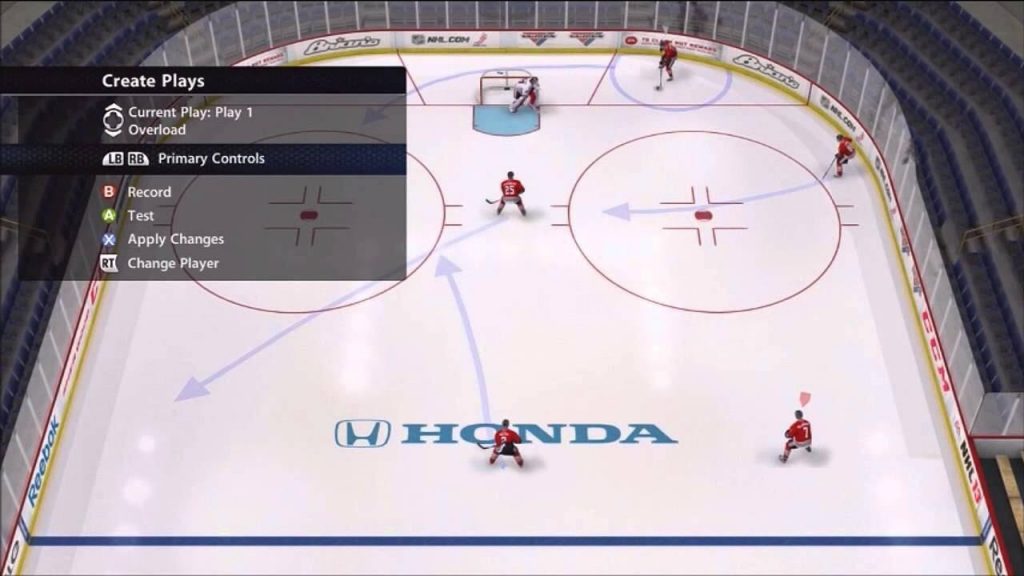 Now that tryouts are behind us and Coaches are slowing preparing for the upcoming season, I thought this would be a good time to write this article. Over the years of seeing or attending practices, I started to notice that coaches are teaching or implementing more of a defensive type of system in their practices for young players as early as 7yrs. Looking back to when I was playing house league as a young child, the coach just threw a puck on the ice and said “Go have fun and score some goals”. Now, these kids are taught to play in their lanes, defensemen stay back and everybody is to block shots. I thought goaltenders were the ones to block shots, not players. I personally believe the biggest thing we have lost when coaching our kids is… Creativity and Imagination. I personally believe Coaches must Allow more imagination and creativity in youth hockey.

I used the word Allow vs Teach, why?  It is for coaches to let kids use their own imagination and creativity when it comes to puck control. Throw the puck, let’s say the last 10mins of practice and allow them to develop the passion to be creative. Do not copy the robotic or Do what I say leadership from higher level Coaches. These kids are paying us to play hockey, so allow them to make mistakes. How else are they going to learn? Are we all perfect? Of course not! These kids need to learn from their mistakes. Avoiding mistakes is not a formula for developing greatness in young minds in today’s new social environment.

But (in a positive term)… Like all young or older hockey players, they need help from us Coaches to cultivate their creativity from time to time.

Here are some tips to develop more imagination and creativity into their assortment.

As mentioned earlier, make some time for the young players to have fun and try new things near the end of each practice.

You look at society in general right now… Everyone has organized playtime. In hockey the coach sets up, tells how you are going to play, and this is whom you are going to play with. Coaches will basically give players their template. There is virtually little ability for young hockey players to be able and go out that allow their minds to think without restrictions.

So. Allow the template to evolve. Sometimes it is better for coaches and parents to take a back seat and create an unstructured, free-play environment for kids to just play and have fun.

When implanting an unstructured, free-play environment for your players to play you can still make it challenging by shrinking the playing surface. This will influence players to make quick decisions and invent new ways of scoring goals or assisting on them.

The Small Games are a huge tool. When you are creative and making the plays, there has to be a purpose to it, especially in small areas of the ice. Players will start to think faster, make quicker plays, which will lead to the reward factor with an assist or goal. That is why The Small Games are so important. Players will see the reward instantly for that quick decision that they’ve made and the execution.

The other important part of the player’s Small Game is to help them develop and refine their next-level skills, which is playing without the puck. It is really difficult to have any scoring chance when the back-checker or the defender being right on top of you. By anticipating your movement and trajectory will help you adapt to the game quicker. The same rules also apply for players that are defending or back-checking.

Players will start to pick up on small details in their game and teammates… For example, Offensive players will begin to know their teammate is a left/right shot, start moving to a part of the zone to receive/give a pass or getting the puck on a particular teammate’s forehand. If you execute your small area game properly you will be rewarded with a scoring chance. Players that are defending or back-checking can seize the advantage when the puck is on the Opposition’s backhand or in his/her feet, which all of a sudden takes away the opportunity for transition in a small area. All of those small details are magnified and an important instrument within a small area game backed with a little creative decisions making.

When it comes to studying professional hockey players you need to watch it with a purpose, not only for entertainment. It is another opportunity to learn to watch where Pro Players use their creativity. For instance, how they play below or top of the circles, whether it’s on line rushes, drop passes, etc. Also, look at their risk assessment, which is a big part of creativity. There should be a plan or a purpose to your creativity every time you use it.

Players must have control over their own skills before their creativity can grow on the ice. In addition, off-ice practice can help foster new ideas, new games, new ways to improve and most importantly to have fun.

Work on your motor skills in all different facets, whether it’s stickhandling with blinders on, or using tennis balls and bouncing them off the walls. Again, that creativity of how you can utilize the surface and area to make it yours. It is a unique ability and all of those things will magnify your ability to think. Think outside of the box and create in different areas.

Do Not Be Afraid of Making Mistakes

Lastly and most importantly, it is okay to not be afraid of making mistakes and actively seeking ways to succeed. Anything that’s done at a high pace with purpose can be utilized and critiqued with positive reinforcement. As long as there is full effort and a purpose to what you’re doing, there’s never a mistake, only learning from it. Remember, there is not a lot of room to be careless in this game. There is a fine line between carelessness and being willing to make a mistake. In the end, you want to be able to say to yourself “I knew I could make that play”.

In conclusion. Look at the new crops of NHL creative players today. The super NHL young guns who didn’t know they were supposed to be cautious: Connor McDavid, Auston Matthews, Mitchell Marner, Johnny Gaudreau, Patrik Laine, etc… They played so fast, so creatively that they became the talk of the hockey world. They accomplished greatness by playing on the edge, ignoring the possibility of failure while focusing on the ultimate goal. Imagine their last-second advice before hitting the ice from their coach was, “Avoid mistakes.”