The 2015-2016 season marks the 69th Anniversary of the Mississauga Hockey League which began as the Toronto Township Hockey League and was formed in 1946 with Cooksville, Streetsville, Erindale, Clarkson, Lorne Park, Lakeview, Cloverleaf, Malton and Burnhamthorpe. Five divisions including Intermediate, Juvenile, Minor Midget, PeeWee and Tadpole were featured. Games were played on outdoor ice in Erindale, Burnhamthorpe, Forsters Rink in Cooksville, Dixie, Malton, Port Credit, and at Lester’s Arena south of Brampton.

As Mississauga has grown and changed, so too has the MHL. Today, parents no longer have to travel outside the City for practices and games. The league offers hockey on six different levels of skill – ‘A’, Red, White, Blue, Green and Gold (Tyke and Minor Novice only) thus ensuring that hockey is available to every youngster in the City of Mississauga. 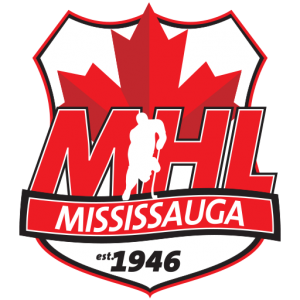