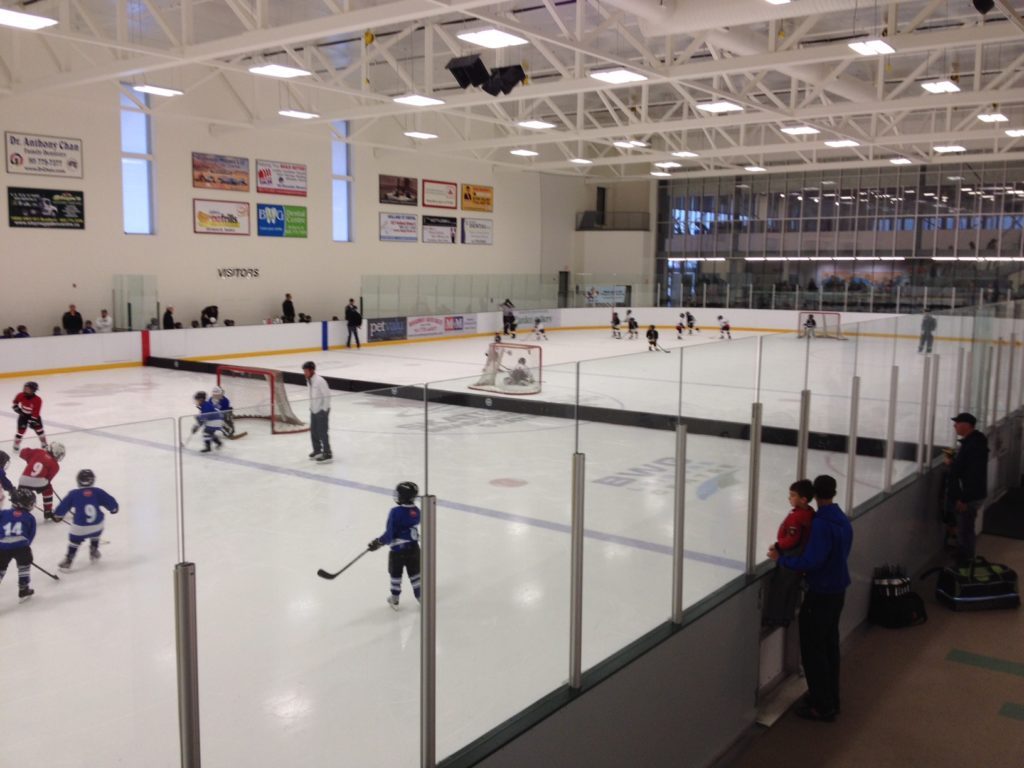 Hockey Canada had mandated last March for the upcoming 2018/2019 season at the Initiation Program level across Canada. Games will be on a cross-ice or have-ice, where the rink is divided in half and teams play across the ice rather than the full length of the rink, which is now mandatory. The Mandate encompasses all players under the age of seven this year and by 2019/20, all kids under the age of nine will be directed to play cross-ice hockey.

The Minor Hockey Communities across Canada have absolutely heard about this rule change and the controversy surrounding Hockey Canada’s decision to implement cross-ice hockey this season for players under the age of seven where organizations and parents may think that is best. However, here in Toronto and the Greater Toronto Area, is the Center of the Hockey Universe, parents and organizations are in an uproar.

A number of Toronto – GTA Organizations have threatened to defy the rule because they have what is known as “Select” or “All-Stars” teams that gathers the best house-league players and create an elite stream for kids as young as six years old, which plays in the NYHL – North York Hockey League. In Their argument, these kids are ahead of their peers in terms of development and need to be challenged at a higher level.

In my opinion, it seems to me that nobody from Hockey Canada is talking to the Organizations and parents about these issues here in Toronto – GTA. But, I could be wrong. The numbers show there are about 75,000 children playing hockey in this age group in Canada and there are leagues willing to defy Hockey Canada in regions as Toronto – GTA. These Organizations will face sanctions that come with that action that accounts for a couple of thousand kids, but that has not stopped this from being an around-the-clock issue for the people involved, such as myself being a parent/coach.

Ontario Hockey Federation Executive Director Phil McKee said, “We are constantly working through it, every hour of every day.”, but failed to produce a resolution so far.

“I really don’t believe there is such a thing as tyke select or initiation select hockey anywhere else in the country,” Carson said. “I could be wrong. I don’t know the Toronto landscape that well, but I didn’t really know that the 5- and 6-year-old age category also had this rep or travelling level of hockey.”

“I have people say to me, ‘My son plays elite-level atom (players who are 9- and 10-years-olds) and I get into arguments with people because I don’t believe it should ever happen at that level,” Carson said. “For me, it should be a while before we start identifying kids as elite players. And the minute we do that, we start to choke our system and we limit the number of players with great potential who can advance through our system because they’ve already been excluded and they’re only nine years old.”

The other side of the story… Doing this allows for young players of all skill levels to get more touches, more shots and more action with the puck. Additionally, it also creates more ice time for organizations because they can have multiple practices and games going on at the same time. Basically, it helps organizations to reduce/save on the cost to run these programs.

USA Hockey has been doing it for their under eight-year-olds players for years and has claimed great results. Sweden has done it for decades and does not flow players into their elite level programs until their teenage years. Other organizations in Canada have been doing it for years, even before it was mandated by Hockey Canada.

As a person who lives in the GTA, has a child in hockey and has trained young players for many years I consider the following a big part of the issue. We have the mindset, the resources and ample of elite hockey schools to expose our children to the highest level of competition as early as possible if our children have the skill sets to do so. Basically, we put our kids in hockey schools or learn to skate programs throughout the years starting as early as four years old or in some cases 3 years old. By six years old, our children have gained two years of skating and hockey skills vs children that just laced their skates for the first time. Pitting greater skilled sets of players against less skilled players will not benefit either type of player regardless of if it is on a full or half rink. This is one of the main reasons why the “Select” program was created. On the other hand, there has been a huge spike in the cost of running these communities’ hockey programs, especially the cost of ice. I could easily understand if this was presented as the main argument for lowering the cost and looking for solutions for the high cost of playing hockey in Toronto – GTA.