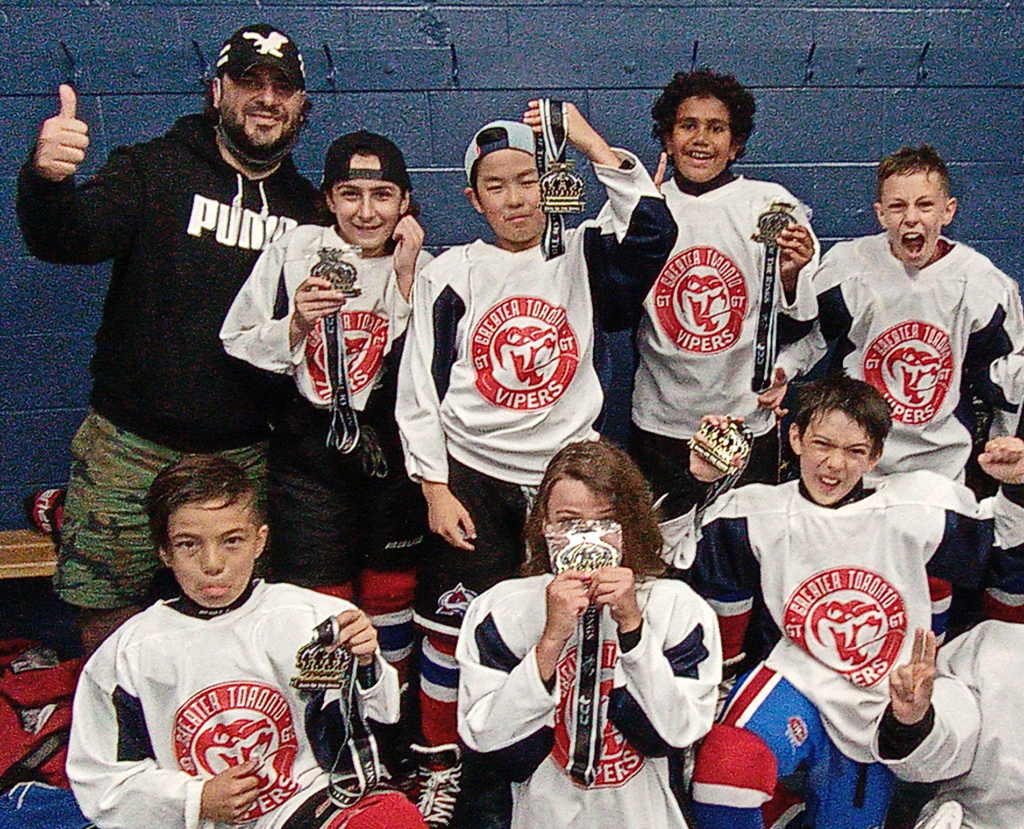 Canlan Classic Tournament (CCT) is a professionally owned and operated division of Canlan Sports. Established in 2000, CCT has executed hundreds of competitive, fun, and enjoyable hockey tournaments and hosted thousands of players of all ages and skill levels. We have tournaments for everyone. We organize hockey tournaments for Boys, Girls, High Schools, Men, Women, Associations, Corporations, and everyone in between!

The Greater Toronto (G.T.) Vipers U12 “A” team had entered the Canlan – 2021 King Of The Rink Tournament held between August 6th and 8th in the “A” division. The road to the championship began on Friday morning with the team playing well throughout the 3 game round-robin against teams that were clearly made up of “AA” / “AAA” players. Unfortunately, we lost each game by 1 or 2 goals. The players were not phased by the losses, but very determined to press through the tournament.

Get Your Special HockeyNeeds Discount For One Of Our Featured Products

The good news, the team did qualify for the Consolation game that was played on Sunday afternoon. The Coaching Staff reinforced the importance of playing 2-way hockey, fore-checking, and back-checking aggressively. Listening carefully to the game plan, the G.T. Vipers players took the lead early in the Consolation game and held a 2-0 lead for most of the game. In the third period, as the game remained 2-0, the play was getting intense and exciting in the final minutes, with both teams getting their chances. Finally, one of the G.T. Vipers players put it away with a spectacular breakaway goal to end the game 3-0.

The coaching staff and parents were very proud of the hard work and display of hockey smarts exhibited by all the players throughout the tournament. Again, the determination and the team motto “We did it as a team” showed this G.T. Vipers “A” team can play against teams of “AA”/ “AAA” calibre players and earned the respect from those teams. Congratulations to the G.T. Vipers U12 “A” team!

A special thank you to the player and coaching staff!

*Please Note: Players Names were not mentioned, due to the request of parents

We hope you enjoyed this tournament story! If you would like to submit your hockey story to be published on this site, we will definitely be interested and proud to display it. It could be anything from how your team did in a tournament, to an exceptional game your team played or an individual had. Please email your story and pictures to yourstory@hockeyneeds.com