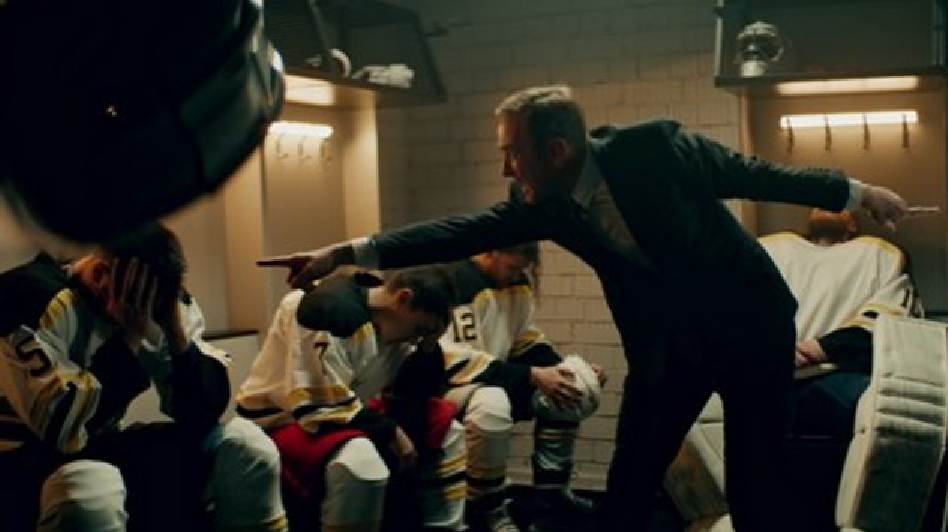 For the most part, there are tons of great, amazing, and awesome coaches in the minor hockey community. Unfortunately, there is a hand full of coaches that needs to be removed from the bench. This is the main reason why (not only as a person that has a hockey background but as a fellow parent) I wanted to write an article about the characteristics of bad coaches to watch out for. Basically, for parents to have some kind of knowledge and how to spot these red warning flags early. Especially now that the pandemic allowed these types of coaches to get jobs, due to the lack of good coaches out there. This list of “characteristics of bad coaches” is solely based on my opinions and experiences.

When I started to play organized hockey at a young age I was fortunate to never have any terrible or bad coaches. Sure, I had a few coaches that weren’t my favourite, but they had my best interest at heart to see that I excelled and succeeded. Unfortunately, there will be kids that won’t be so lucky and end up with bad coaches who cross the line when it comes to their version of “Tough Love”.

What Are Bad Coaching Characteristics To Keep An Eye Out?

Most coaches in general don’t want to ill-treat their players. Truthfully, most coaches should be given the benefit of the doubt before speaking with them or bringing the attention of the organization and even further the league officials. But, if these coaches continue exhibiting these bad or uncalled-for behaviours, then respectfully addressing the situation should be in order. Especially, in the younger age groups where kids will eventually lose interest in playing or could cause some kind of negative psychological effect.

Here are some other signs to keep an eye out for

One of the biggest indicators of a bad coach is a coach who prefers to give negative vs positive reinforcement.

This type of reinforcement might be more effective with older players who can take constructive criticism, but that’s even a big maybe with today’s order teenager’s mentality.  However, it is much less useful with the younger players who take most things at face value. For the younger age groups, coaches should build players up instead of breaking them down.

Be wary of this characteristic – coaches who are overly aggressive with young players. After safety, the priority of coaches should be to create an environment where players can excel and have fun. Coaches should highlight what the players are doing correctly and build upon those positives, not bring them down.

We’ve all come across that coach who has to “Win At Any Cost” or always talks about their past “Glory Days”  because they’re trying to relive their past playing days. I call it the “Al Bundy – High School Complex”. Constantly telling the same stories about when they were young and how great hockey players they were. Ok, what have you done now as a coach? Especially, if you are a paid coach?

In order to continue their “Winning Ways”, these coaches will play only the best players and don’t have any regard for how it affects others. This can mess with the psyche of younger kids and give off the impression that they’re not good enough to be on the team. These kids will still receive time on the ice, but it’ll likely be at the minimum and in positions that see less action. Basically, sitting on the bench during the 3rd period.

If coaches are only playing the best players in the games, it’s likely these players are also the focus during the practices. This means the kids who aren’t playing much in the games probably aren’t going to see as many reps in practice either. Coaches who take this approach either don’t realize what they’re doing to these kids, or they don’t care.

A good coach embraces the opportunities that losing presents and their team becomes better as a result. A bad coach wants to win at all costs and will only play the best players to do so.

Coaches who call players out or berate players in front of the team on the ice or in the dressing room. Coaches should never try to embarrass players in front of the team, especially with the younger age teams. Good coaches can get their points across by pulling players aside and talking to them in private and parents too. Fighting, yelling, or even threatening players and/or parents are a big “NO, NO” in my books. We have seen too much of this nonsense at the rink live, on the News, and YouTube. It’s time to be mature role models as coaches.

In the reality, coaches should do this calmly and avoid yelling at their players. Yelling in itself isn’t bad, but it shouldn’t be directed at players. Coaches should utilize yelling so someone or the entire team can hear them, not to berate players. Berating others can make coaches appear less credible in the eyes of their players and lead to players getting down on themselves or worst, not wanting to play hockey.

The rest of the team will understand what’s going on and respect the coach for not making it a public matter. The more coaches show compassion and respect for their players, the more likely they’re to receive it. Watch out for coaches that like to belittle or humiliate their players.

This characteristic is a kind of continuation of coaches who are Disrespectful. For me, those coaches who blow up at the officials, at fans, and other coaches or even their assistants are the worst kinds. It’s everyone else fault – “The team lost – I didn’t lose” or just blatantly lying about an upsetting situation are the main argument these coaches always used to pass the blame to others. There is no responsibility and accountability on their part.

These argumentative comments will prevent the players (team) from focusing on doing their best during the game. This lost focus often occurs because the coach is not thinking about the fundamentals during practice, or during the game, but is too busy looking to who to blame. In addition, coaches that argue with officials about every call that goes against their team may get more calls against them. Their job is to get the team to improve by working on the fundamentals of the game.

This one characteristic really bugs me – Coaches that constantly make promises, and tell parents how they are the best or have the best skill development program. Basically, coaches that “Talk A Big Game”, but can’t deliver are the ones parents need to watch out for. In the end, these coaches are out for your money, and they will justify it in any way possible!

Here is one example, coaches at the rep level that recruit players just to fill a team and makes the promise they will develop your child regardless of their skill level. Historically, these teams will not do well in the standings and these coaches will take advantage of this by selling the parents the need for extra ice. Instead of charging the parents the cost of ice, these coaches are planning to charge an additional cost to make a profit, and they will justify it by stating they have to cover their cost of time, gas, and some other made-up excuses. Remember, these are paid coaches that are making about $15,000 or more and now parents are stuck by adding more money to their paid coach’s pockets. Make sure to look at the team’s budget and ask lots of questions to make sure there are no other hidden or surprise expenses.

Another kind of promise being made – Coaches telling players all the ice time they will get or getting a “Letter” on their jersey. Now let’s look at it from the player’s perspective. They were looking forward to playing more, maybe playing a certain position, or being promised a captaincy. To have that pulled away from them at the last moment can be tough and just wrong. If a coach tells a player s/he’s going to start or play a certain position in the upcoming game, the coach needs to keep their word and utilize the player as promised.

If coaches can’t keep their promises or just flat-out lie to you and your child. It doesn’t look good, and it hurts their credibility with players & parents. This is where “You” as parents have to do your homework and ask for references.

Coaches with a Drill Sergeant Mentality or try to put on that tough no-nonsense Pitbull show. These coaches are easy to recognize as they like to shout/ bark out orders and demand everything done their way. These types of coaches are less receptive to advise or constructive criticism than a good coach. The reasoning behind this is that they believe they already have all the answers. The worst part is, that these coaches are the first to be “Sucky Babies” on the team, by giving up right away, criticizing everyone, looking at parents in disgust, and/or throwing tantrums.

Situations such as this put a lot of pressure on players and make them afraid to make mistakes. This is counterproductive, kids need to make mistakes to get better in any aspect of life. This could manifest itself in the coach messing with player mechanics or giving poor instruction. After the season comes to an end, you may find that the coach did more harm than good.

Players should have fun and naturally get better throughout the season, while coaches not holding players to impossible standards. Again, this is the approach parents should look for in coaches.

Lastly, you might have a bad coach if your child comes home in a bad mood or tells you s/he doesn’t want to play hockey anymore.

It’s possible that they just had a rough practice or game. Another possibility, they don’t enjoy the atmosphere of practices and games. If it’s the last of these options and starts to become a routine there’s likely something bigger at play. You might have a bad coach on your hands.

The world of sports is filled with a variety of different coaches. In most cases, the quality of the coach can determine how successful the team will be, and it can influence the attitude of team members toward the sport. Unfortunately, there are those bad coaches who can ruin any sporting event for the players, fans, and other coaches. In most situations, it is not until a season is underway that people realize they have a bad coach. It may be too disruptive to make a change during the season. This is why it’s critical to look for several distinct characteristics beforehand. Lastly, these coaches have lost their focus on the most important reason for coaching, which is the “Enjoyment” of coaching.

Parents, please do your homework before you sign your son or daughter to any team. It is our duty as parents to make sure that our kids play in a learning, safe, and fun environment.

Related Article – The Challenges Of Being A Parent Coach