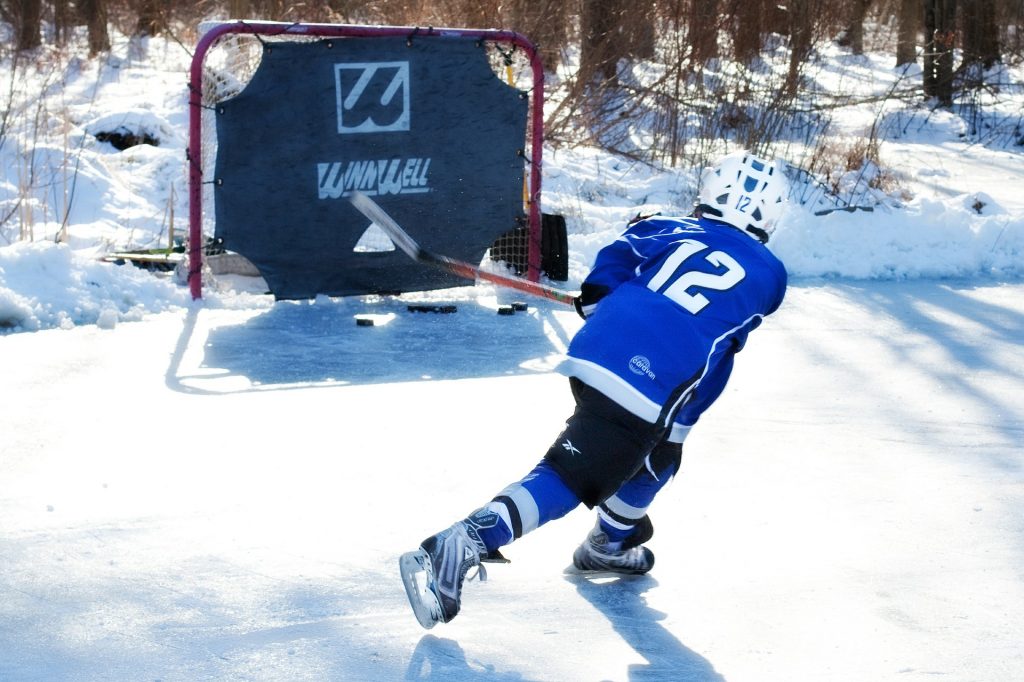 For beginner and intermediate level players, most have trouble with their wrist shots. A good wrister has less to do with power or strength than having the proper technique.

I often use the following metaphor to my players: Imagine you are at a park throwing a Frisbee around with a friend. If you throw the Frisbee poorly, it flutters and shakes in the air without going very far. But if the Frisbee is thrown well, it sails far through the air in a straight line. A similar thing happens with a puck. If it is shot poorly, it will likely flutter and not have the same speed as a puck that was shot well. A good shot sends a puck sailing straight through the air without much fluttering and has a higher velocity than one that was poorly shot.

So how do we achieve a better wrist shot? It’s all about technique.

To continue with the metaphor, a Frisbee is able to fly through the air because of rotation. The more the Frisbee rotates after it’s been thrown, the further it will go. A hockey puck reacts in a similar fashion. In order to deliver a good wrist shot, players need to make sure that the puck has a good amount of rotation after leaving the stick-blade.

To do so, I first instruct my players to have the puck positioned at the heel of the blade (for younger and less physically mature players, use the lighter 3-ounce blue puck). Being positioned at the blade’s heel, the puck is then dragged while rolling through the entire length of the blade from heel to toe, before it is released. This allows the puck to achieve maximum rotation after it leaves the blade which prevents it from fluttering through the air, thereby achieving better aerodynamics, which all equals to a harder shot.

I often have to remind my players not to begin their shots mid-blade or worse, the tip of the blade. These shots are only effective if the player is up close to the goaltender and they need to lift the puck up quickly on a goalie who’s on their butterfly. Younger players who are starting to be able to lift the puck can do so thinking that higher is always better. Of course, this is not the case. But younger players are less able to discern between a good shot and a puck that has just simply been lifted up. Perhaps a player will score more goals in the tyke and novice age groups. But once the average player has reached minor atom, they and their peers have likely caught up and are able to lift the puck themselves. I wouldn’t necessarily discourage a young player from simply lifting the puck of course. But once they are able to do so on a regular basis, a player should then be taught the proper mechanics of shooting and of course, puck rotation.

Of course there are other aspects that go into a good wrist shot, such as having the proper stance and shifting one’s body weight. These aspects are taught much more frequently by coaches so I will not touch on those in this article. However I do notice a lack of awareness in the importance of puck rotation. Thus I encourage coaches to teach this very important aspect of shooting in order to maximize their players’ potential.

Hope you enjoyed this article from our guest contributor Coach Ken from Hong Kong. If you would like to submit your hockey story to be published on this site, we will definitely be interested and proud to display it. It could be anything from how your team did in a tournament, to an exceptional game your team played or an individual had. Please email your story and pictures to yourstory@hockeyneeds.com